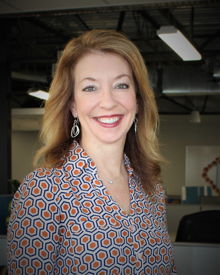 Ms. Hays holds a Bachelor of Arts in Communications at Indiana University Purdue University Indianapolis. After college, she worked for eight years as the Director of Education for the Little Red Door Cancer Agency. In this position, she planned and implemented all external communications, educational programs, and volunteer programs. She was also responsible for the statewide promotion and camper recruitment for Camp Little Red Door, a one-week residential camp for children diagnosed with cancer. In March, 1998, she joined the start-up non-profit, Second Helpings, Inc. as the Director of Operations. Ms. Hays initiated and managed all office, records systems, human resources, and volunteer related activities, and was promoted to Executive Director of the organization in 2002, a position she held until 2007. She most recently served as the Chief Executive Officer of Mental Health America of Greater Indianapolis from October, 2007 – June 2016 where she was responsible for all organizational activity including fundraising and marketing.

Civil services include past President of the Damar Guild, (supporting the activities of Damar Homes for Children) as well as the United Way Agency Executive Council.

Ms. Hays was recognized in 2004 as one of Indy’s “Forty under 40” in the Indianapolis Business Journal. She is a 2010 Hoosier Fellow of the Randall L. Tobias Center for Leadership Excellence.